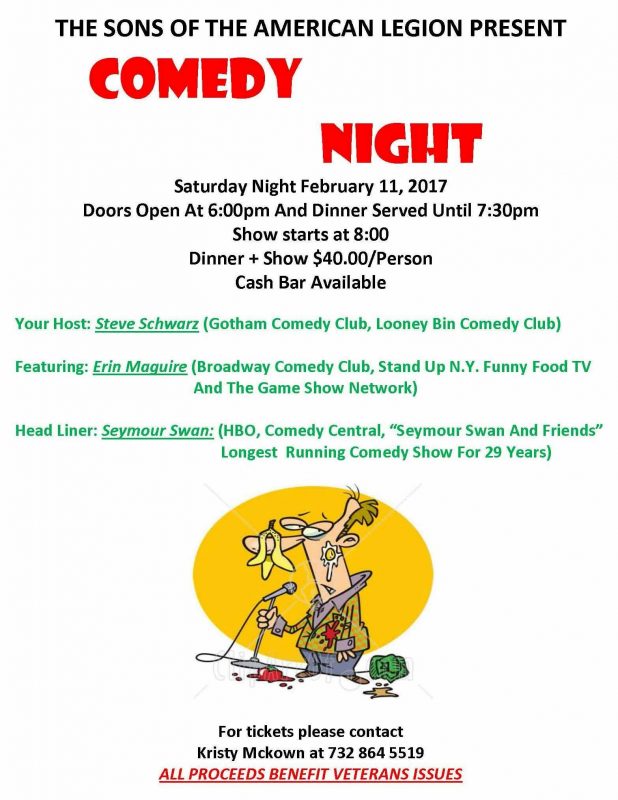 The Sons of the American Legion in Toms River are bringing you a fantastic night – dinner with a world-class comedy show!

Doors open at 6PM – dinner will be served until 7:30 with the show starting at 8PM. Tickets are only $40, and all proceeds benefit veterans issues. Call Kristy Mckown at 732-864-5519 to make your reservations today!!